Tap into Halloween with these Horror-themed Apps

We rarely cover mobile apps here on The G.O.R.E. Score (something we’ll definitely look to correct in the future!), so with Halloween just around the corner, we thought it would be the ideal time to introduce our readers to some of the best horror-themed apps that are currently available for iPhone and Android users.

If you’ve never delved into the App Store or Google Play for horror-themed apps, then you’re missing out. There is a reported 1.2 million apps now available in the App Store, obviously not all of those are based on horror, we know that – but surely some must be, right? Correct. Otherwise, why would be writing this article in the first place?

What’s truly interesting is how the horror genre has embraced the need to develop apps. The app market is thriving at the minute, and many leading brands are seeing the financial benefits of driving their product via a creative and innovative app. The need to port a product or information to mobile has never been more important, with Gaming Realms, a well-known gaming developer for portal Spin Genie, documenting that “around 50% of the time spent on smartgadgets is now attributed to gaming.” This information shows that not only do leading brands have to – pardon the pun – tap into the app market, but also the gaming sector, too.

The more lucrative the app market becomes, the more brilliant apps we are likely to see. Let’s have a run down of some of the apps we recommend:

– Downloaded over 109,000 times, this is one of the most popular horror games available. It’s creative, has superb graphics, regularly updated with improvements to the gameplay and it is loved by indie gamers.

Real Horror Stories – This gaming app is not for the easily scared. Hearing voices whisper lines such as “I’ll send you back to her soil, to quench the earth’s thirst for blood,” is likely to scare ever the most ardent horror fan. The gameplay is eerily compelling, and the gameplay is, well, very interesting.

Free True Horror Stories from Around the World

– It’s pretty self-explanatory as to what this app provides the user. The most appealing thing about this app apart from its extensive database is the sheer amount of unsolved mysteries.

– An easy to play game that taps into the likes of Walking Dead and Z Nation’s popularity via an animated smash-me-up.

– What if you became infected and turned into a zombie? Let’s be honest, we have all thought about it. Now you can see what you would look like if it actually happened with this zombifie app.

Take some time to check out these apps, and let us know what you think in the comments below! 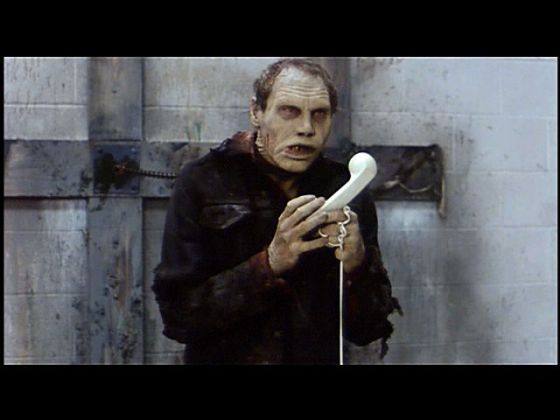