“Doc of the Dead” premieres at SXSW, spans the life of the zombie trend 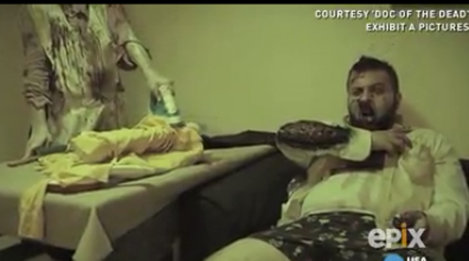 The living dead have had movies and TV shows. Now they have their own documentary.

Doc of the Dead, directed by Alexandre Philippe (The People vs. George Lucas), covers the zombie genre from silent films through The Walking Dead. The film had its premiere at the South by Southwest festival with showings Monday and Tuesday.

A movie fan, Philippe says he naturally gravitated toward the subject. “Zombies are a huge, huge pop-culture phenomenon, probably the hugest right now,” he says.

George Romero directed of ‘Night of the Living Dead,’ the beginning of the modern zombie obsession. (Photo: Epix)

The experts help document the cultural roots of zombie legends and then bring the discussion to the modern zombie invasion, which began with Romero’s 1968 black-and-white classic, Night of the Living Dead. “We were trying to create a new creature, somebody that was dead but came back,” Romero says in the film.

After a bit of research, he adapted the ghouls to zombie folklore. “We thought we were pushing the envelope a little … (with) some of the scenes with the guts,” Romero says. “We had one shot of a naked zombie from behind. That’s about as bold as we went.”

The morbid pull that zombies have on viewers is covered in detail in the documentary. “They are us, and they are us having succumbed to our own fear, which is our own death,” says Simon Pegg, who co-wrote and starred in the 2004 comedic take on the zombie film, Shaun of the Dead. “Even though they are slower than you, you eventually have to go to sleep, and they don’t.”

Also investigated are zombie rules. “You don’t negotiate with a zombie,” says Matt Mogk, head of the Zombie Research Society. “And they spread infection, which is what I think make zombies really, really scary.”

Then the discussion turns to how more modern takes on zombies have changed. “I loved the zombies in World War Z,” says Savini, who was in Austin with Philippe to promote the documentary. “That was really scary.” 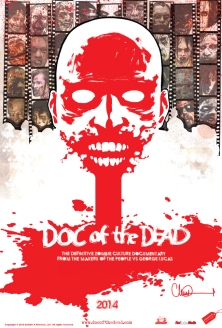 If there were a March Madness tournament pitting zombies through the years against one another in a bracket, he thinks the World War Z team would prevail. “The idea of them being like insects and herding together, those are the zombies that would win in a tournament,” Savini says. “That would be the most scary, because they would group together. You have no chance against that.”

Philippe says he prefers the slower, lumbering zombies from Romero’s movies. “But I’m not a zombie purist. I like zombies of all kinds. I think it’s exciting what we are seeing right now.”

His documentary surely won’t be the last word on zombies, Philippe says. “I don’t think we’ve seen the crest of the wave just yet. I think zombies are going to just keep getting bigger, and the more we try different things with the genre, the more exciting it’s going to be.”