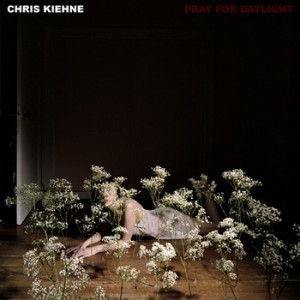 Music can add an element to story-telling that is, in my humble opinion, difficult to match.  For so many people, music is an emotional or significant part of their lives; as an example, I have many professional writing acquaintances who simply cannot write effectively without music playing in the background.  It might have to be a certain genre or even a certain group or artist, but I’ve been a part of many discussions where writers have emphatically detailed the necessity of music as a key piece of helping to put them in the correct mindset to effectively create their written pieces.

The same can be said for many other types of people and professions.  Whether you’re a semi-truck driver or just a car owner, anyone who’s had to drive a sizable distance or has been stuck in traffic for any length of time knows how important it is to have music playing to help keep their sanity (and their alertness) intact.  Many dancers (both the professional-stage
version and the more, ahem, adult version) need a specific kind or type of music to help emotionally propel them into giving their best performance.  I’ve known people that literally cannot fall asleep without some type of music playing in the background.  Anyone who has been to a professional sports event or a wedding knows first-hand that even having music playing in the background is an integral piece to creating an overall event experience.  The list goes on and on.

As a professional DJ for the last decade-plus, I know the importance of music all too well.  That’s why I’m always a little leery to review a musical project here on The G.O.R.E. Score; to date, I have reviewed two different albums (Luke Kuzava’s ten-track alt-rock opera “Zombies Can’t Dance” and Aaron Stoquert’s five-track zombie-centric EP “Run for Your Life”) and both have been excellent in their own right; when will I run across a musical project that doesn’t strike a chord with me personally, and more importantly: how can I present that review to the readers, knowing that everyone’s musical tastes can be so varied?

Fortunately, I do not have to worry about that last point while sharing with you some information about Chris Kiehne’s excellent zombie-centric album “Pray for Daylight.”  A long-gestating project, New York-based musician Kiehne began writing the music for this project back in 2002, and had the entire album completely written by 2006.  Sadly, technology-related trouble struck; as Kiehne described directly to me, “an original recorded version of [the album] was approximately 85% finished when I lost half of the work in a hard-drive crash.”  The unscathed portions of the project sat on the virtual shelves until late 2010, when Kiehne decided it was finally time for his album to – pardon the title-related pun – see daylight.

Listeners everywhere should thank Kiehne for finally releasing this music.  Comprised of ten different tracks, each ranging in length from two minutes to over four-and-a-half minutes, “Pray for Daylight” loosely tells the tale of a global zombie uprising, and it’s important to note that the narrative of these songs sound like they were created during a zombie apocalypse, not just written about a zompocalypse.  In addition to the traditional zombie-centric themes of loss, remorse, anger, and frustration, there are a few other goodies thrown in as well, including “lost love and other gross stuff,” as Kiehne so eloquently phrased it to me.

Let’s pray for the Score:

G: General Entertainment – I think my favorite part of this album is how each of the ten songs brings a distinctly different flavor and theme with it. To break them each down individually:

Overall, the music is entertaining and the story and lyrics are just vague enough to leave some room for each listener to have an opinion of their own as to what might be going on in the “big picture” of the album. 8/10

O: Original Content – While the narrative itself is (more or less) reminiscent of a standard “undead end of the world” type of tale, the musical setting and the variety of musical sounds used really does help to keep this Score from being too low.  You’re not going to find any disco or hip-hop sons on this album, but it’s definitely more involved than just a man and his guitar, and it’s a nice sign that some serious thought and work went into the music. 6/10

R: Realism – As previously mentioned, the songs have that veríte-style approach to them, so that the listener can much more actively feel that they are a part of the confusion and danger rather than be detached from it.  Specific tracks like Phaedo and The Wind through Your Wounds really do help accentuate the varying types of realistic reactions different people would have to a dreadful and frenetic situation like this. 8/10

E: Effects and Editing – Featuring a pleasantly-wide selection of voices and instruments, it’s clear from the get-go that this album was not a one-man operation.  The music is professional-sounding, and the recordings are clean and crisp.  Some people hear the phrase “independently-produced” and immediately thumb their noses; this album is a shining example of why those types of people are missing out, big-time. 9/10

Kiehne’s open-ended style of storytelling coupled with excellent musical production makes Pray for Daylight an absolute winner in my book. The lyrics, while deliberately vague at times, are also very poignant and definitely help to enhance the overall experience.  I’ll leave you with one of my personal favorite lines, from the song Diomedea: “They rose in the dark from the furious ground // with their poisonous claws, they laid our fathers down.”  If that doesn’t embody the terrible beginning of an unstoppable zombie outbreak, I don’t know what does.