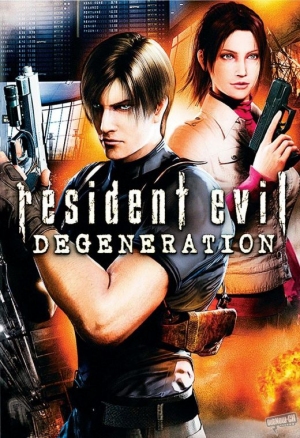 RE:D is the first movie to bear the “Resident Evil” label that isn’t attached to the so-called “Alice trilogy,” the three live-action movies starring Milla Jovovich that focused primarily on the devious Umbrella Corporation and their creation of the zombifying T-Virus. Fans of the Resident Evil/Biohazard video game series know that the story of RE:D has branched off from the events of the video game series, reuniting the characters of Claire Redfield and Leon Kennedy for the first time since the game Resident Evil 2, first released back in 1998.

The pacing of the story is good, but as I mentioned before, it’s hard to shake the fact that it truly feels like you’re watching a video game unfold before you. And it’s not just because the movie is totally computer-generated; indeed, that’s one of the best things about the film, as the rendering is gorgeous and the “acting” is significantly better than many live-action zombie movies.