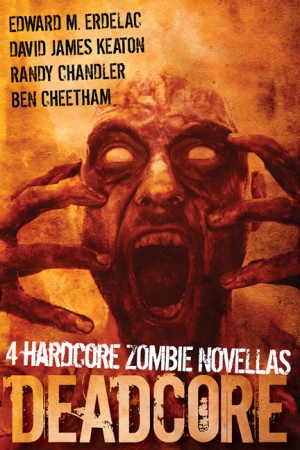 What attracts certain people to grotesque, macabre, or torturous perverse images of people doing inexplicable deeds to his/her fellow man? Why are there so many people who get a thrill witnessing or reading about these violent acts? Is it that we as humans are an intrinsically violent species? Or might it be that, while we would never commit such acts ourselves, we have an inherent curiosity to understand and get inside the mind of a person willing to commit such heinous acts, as well as being witness to the reaction of the victim?

My personal opinion for the vast majority of mankind is that watching movies or reading stories that involve such graphic images/scenes allows a person to be subversive without stepping across the lines of propriety and without any form of repercussion for their curiosity. For some, the violent nature of a brutal dismemberment satisfies the morbid curiosity of man’s desire to dominate. This need to dominate can also be directed toward sexual domination and submission which, by society’s standards, is something that should not be acted upon…or at least not openly acted upon, hence the movies/stories depicting various acts without the slap on the wrist for inappropriateness.

The book being reviewed today, “Deadcore: Four Hardcore Zombie Novellas,” is compiled of four novellas, each very different from the other, but all very extreme in their violent and perverse nature. Dead Juju by Randy Chandler touches on the social controversies of immigration, race relations, and the media involvement as the dead begin to roam whenever a mysterious man happens along. Zee Bee & Bee (aka Propeller Hate for the Dead) by David James Keaton is the story of a “Zombie Bed and Breakfast” where the guests are knowingly thrust into survival mode when an “outbreak” occurs on their vacation – the only problem is, the actors start taking their roles VERY seriously. Night of the Jikininki by Edward M Erdelac is set in a Japanese prison where a comet has recently passed, and all of a sudden the dead are rising and wreaking havoc. Three men, a bandit, a crazed child-eating monk, and a sadistic but well-known samurai must join forces to survive and escape the prison. Finally, Zombie Safari by Ben Cheetham gives us the story of the survivors of a zombie outbreak: they have carved out a new life for themselves on various islands that were easily cleared of the dead. Now, they visit the mainland to hunt. Their prey, you may ask? Zombies. However, things start going badly when hunters go missing and somehow the zombies aren’t dying as they should.

G: General Entertainment – “Deadcore” is definitely not a book to be entered into on a whim. A reader must be ready to commit him/herself to the disturbing, depraved, and at times, grotesque nature of the tales within its pages. Dead Juju is very graphic and contains scenes of hardcore sexual talk and acts. The story itself is told through the eyes of the various groups of people, and while this is not a new writing tactic, the jumps from group to group seemed too quick and caused some confusion for this reviewer. Zee Bee & Bee has a great premise with an idea for a bed and breakfast turned zombie survival as something that would be a lot of fun. The zombie “actors” each had a name for their character, such as “baseball zombie,” which corresponded to how they were either dressed or character-acted; however, at some point it became rather perplexing when the author started referring to the zombies as “Lumberjack Zombie, aka Seattle Zombie aka Steve” and so on an so forth. There was also an end scene that was entirely too perverse and gross for this reader. Night of the Jikininki was very entertaining, if not a bit disgusting at times. The child-eating monk was absolutely over the top, but for some odd reason I found him to be the most entertaining and likable. Lastly, Zombie Safari, another highly enjoyable tale that opens one’s eyes to the distinction between humanity and what one might consider to be a monster. 5/10

O: Original Content – Each novella in “Deadcore” has its own individual bit of originality while still maintaining what we a zombie fans may see as the staples for all things undead. Zee Bee & Bee shows the difficulties that come along with acting like (read: being) a zombie, and the idea of a weekend getaway turned zombie survival for entertainment sounds like a blast! Joining a bandit, a crazed cannibalistic monk and a samurai in Night of the Jikininki as compatriots at arms to survive and escape the prison was definitely not your typical joining and made for a very interesting, yet disturbing, tale. 5/10

R: Realism – It is sometimes very difficult to bring forth a realistic element to a genre that is so unrealistic. The social commentary in Dead Juju, while not new to the zombie genre, is very relevant to today’s issues of immigration and the way media handles the horror that has come about. Then we have Zombie Safari, where the humans actually go out and hunt the zombies for sport, willingly…for fun! Obviously, this isn’t realistic in the sense that we do not live in a world where the dead are walking around; however, I could most definitely see this as something that would happen should we, as a society, be able to get the zombies contained. Of course, then they would almost assuredly have to deal with the newly formed People for the Ethical Treatment of Zombies. 4/10

E: Effects & Editing – I did not have access to a physical copy of “Deadcore,” but the eBook I received was very nicely edited and formatted. I did not notice any/many errors in spelling or grammar, and the formatting worked nicely for my Kindle. The cover depicts a white-eyed zombie in what appears to be a scream or very animated moan with the title at the bottom of the cover and the 4 authors listed in the upper left. I rather enjoyed the simplicity of the cover; far too often, covers of anthologies feel cluttered or crammed with too much information as it seems like an attempt is being made to incorporate each tale onto the cover. 9/10

If you enjoy reading scenes of great brutality, offensive sexual behavior and over the top gore told by way of four unique tales, then “Deadcore” is a definite must-read for you! 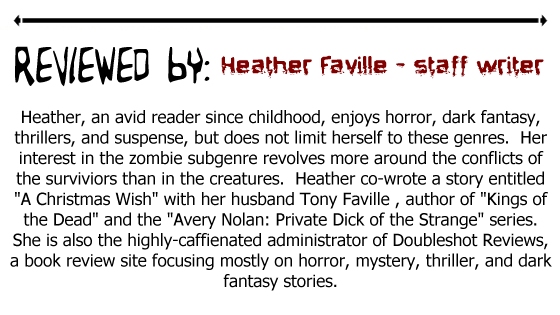 ← Eat the Undead with “The Walking Dead” Cupcakes
How Many Times Has the World Ended? →