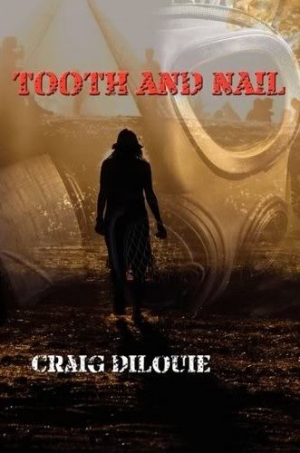 The phrase “war is hell”has been used throughout history in quotes, songs, and stories as a way to describe one’s feelings to being witness to the violence, death, and destruction of our fellow man. War is with us everyday, on the news, online, in the papers and some brave people literally live it. We, as lovers of the horror genre, take pleasure in the bloody, disgusting, and horrific things that mankind is capable of doing to themselves. To the men and women who serve our country with such honor and valor, the gruesome images we seek out for entertainment are a reality to them. This reality takes its toll on each of these individuals in different ways, and those horrific images, whether it be visions of what they have seen or what they have been forced to do in order to survive, sticks with them in a way that no person (unless they have been in the same situation) could ever understand.

Now imagine that you have survived the hell that is war and you are on your way home, home to your wife, your husband, your children….your family and friends. That is something all military personal dream of while on the battlefield: going home. The members of Charlie Company’s Second Platoon, who make up the characters in Craig DiLouie’s “Tooth and Nail,” were being called home, but not for the reason they had hoped – into the arms of their loved ones. Rather, they were being recalled to the states in order to aid in safeguarding hospitals and other buildings vital to the U.S. government. A plague has infected millions of Americans; of these infected, many become rabid and violent but are fairly easy to control; however, as more and more people become infected, the ability to control them becomes more and more difficult. Eventually, the virus spreads completely out of control, and Lieutenant Todd Bowman must lead his men across New York City to a research lab that might have a cure. The importance of the Company’s mission is vital, because if there is a cure, there is hope to save what is left of society.

G: General Entertainment – “Tooth and Nail” was very entertaining but, for me, it was a different kind of entertainment. It wasn’t like any zombie book I have ever read. It seemed so realistic. (I will go into more detail about the realism of DiLouie’s work in the ‘R’ portion of the Score.) The characters were very well-written and balanced. As with many stories, there were some you loved and some you just loved to hate. The battle of the infected versus the soldiers, as they move from point to point across New York to the research facility, were familiar and were also action-packed. Nearly every action scene was filled with enough description of the mess left behind to keep the imaginative juices flowing with visceral images. 8/10

O: Original Content – Of the zombie tales I have read over the past 2 years, I have never read one that was strictly based from a military standpoint. I have read books were there are a group of characters that are a part of the military, but never one where all (save just a couple of minor characters) are military. That in itself makes “Tooth and Nail”a unique work of zombie fiction. The infected could also be considered original, in that some zombie purists may contend that they are not truly zombies, but merely infected with a virus that causes them to act rabid and violent. I will leave that argument for you to decide. 8/10

R: Realism – This is the area in which I feel DiLouie truly shined when writing “Tooth and Nail.” I am not an expert when it comes to the military weapons, ranking structure, and protocol. So as I read, I would ask my husband, who is very familiar with all aspects of the military, questions about certain weapons and their function, would a soldier do this or that, and each time his answer corroborated the actions of the soldier, weapon, etc. What I felt, as I was reading “Tooth and Nail,” was that I was reading a history book depicting the events of a real battle through the eyes of the men who were a part of the event. There was not a moment in the book where I felt any of the soldiers did anything unbelievable or not in character. 10/10

E: Effects & Editing – I am lucky enough to have both a physical signed copy of “Tooth and Nail”and an eBook version. Formatting for both is spot-on. I noticed few (if any) grammatical or spelling errors. The cover of the physical book has the faint outline of a gas mask with the single silhouetted image of, I believe, a woman walking toward what appears to be a camp in the background. Only thing I found odd with the cover was the lack of a New York skyline. The book is set in New York, yet the woman on the cover seems to be walking through more of an empty field rather than a paved metropolis. 7/10

This well-thought-out, fast-paced, gripping story is sure to keep you on the edge of your seat. The intensity level starts out on a high and just keeps going up until the explosive end battle that just may make some reader reach down and pick their jaws up off the floor.